We're still open as usual. Please get in touch with our team if you need more help.

We recently met with the Timber Trade Federation and CBI Wales for an in-depth webinar discussing two of the biggest issues facing the timber sector right now: Covid-19 and Brexit. The webinar explored how the pandemic and Brexit have affected the timber industry, including the challenges to supply and logistics. 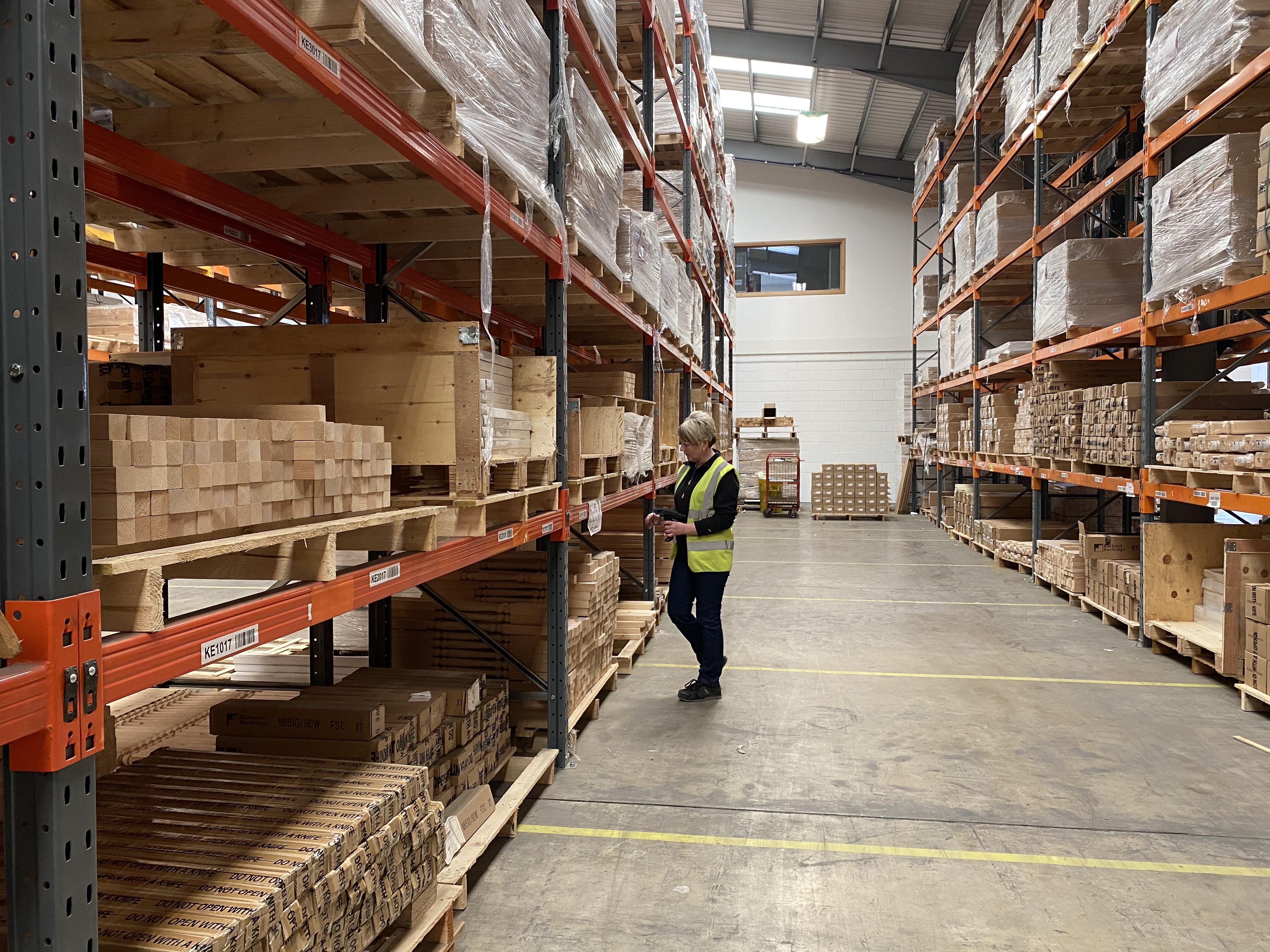 The event was led by Ian Price, Director of CBI Wales, a not-for-profit business organisation that provides a link between its members and the Welsh and UK governments. On the panel was our very own Josh Burbidge, Managing Director of Archwood Group, and David Hopkins, Managing Director of the Timber Trade Federation, the UK’s foremost membership body for the timber supply chain. Here’s a round-up of some of the biggest topics from the webinar in case you missed it.

Starting off the discussion, David explained how Brexit and the pandemic have combined to create a “perfect storm”.

He said: “They’ve both presented barriers to trade and doing business. The pandemic has increased demand for timber products, whereas Brexit, over time, will produce a drag on doing business.”

David said that while sawmills and manufacturing centres around the world had to close because of Covid-19 restrictions, people across the UK were put on furlough, with many receiving almost their full pay. And because they were spending so much time at home and they couldn’t go on holiday, they decided to improve their homes and gardens, which caused demand for timber products to shoot up. This happened not just in the UK, but around the world.

David said: “The stocks that were available went down and down and down, so by the time the sawmills and producers could reopen and start moving goods again, they were playing catch up, and that process is still ongoing. We have a very tight situation in the market.

“On top of that, at the start of this year, various issues to do with Brexit came in. Each one of those presents more paperwork and a slowing down in the ability to get goods across the border and to market.

“The two messages that need to get through to Government in relation to Brexit are about priorities and pragmatism; whether you take a hard-line ideological approach, or a pragmatic view about how this could be solved.”

He explained there were challenges distributing product into both Northern Ireland and Southern Ireland, due to the misclassification of the company’s products, which were incorrectly flagged as needing phytosanitary certificates.

Josh said: “We’re still seeing delays associated with documentation of up to 48 hours to get products over there but that’s almost been absorbed into how we’re doing business over there.”

Another major issue is the introduction of the UKCA (UK Conformity Assessment) mark, a new UK product marking that will be required for certain products being placed on the market in England, Wales and Scotland. The UKCA mark won’t be recognised in the EU market, so products that require CE marking will still need a CE marking to be sold in the EU, and these changes will take effect from 1 January 2022.

Josh said: “The UKCA marking changes will cause us more challenges around labelling. It drives a barrier between us and trading with other countries. So, if a company or one of our suppliers is producing product for Europe and the UK, it will require them to put two stamps on the product. It’s an additional cost and it takes time, and that is something we’re navigating our way through.”

In addition, there’s a shortage of drivers bringing timber material across to the UK from Sweden. Josh said: “It’s too onerous and complicated for them to come into the UK. Plus, we’re seeing inflationary pressures on material.”

David agreed, and added: “When you look at certain softwood products there has been a 100%, sometimes more, increase over the past 12 months or so.

“We’re encouraging the construction sector to think further ahead. But where this issue causes problems, particularly for some of the housebuilders, is when jobs are priced nine months or more in advance. Then, when the order comes through, the price can be way out from the original quote. That is causing a lot of tension throughout.

“But with the vaccinations and the opening up of the economy, I think we’ll see more people spending money on holidays again. And while we want to maintain demand in the market, the current levels are unsustainable.”

David said production was likely to run behind demand for the next couple of years. He added: “If, on top of that, you put up further barriers within a country that is a net importer of goods, you limit growth in other sectors that are priorities for the Government, particularly housebuilding. And that isn’t sensible.

“The danger is a lot of manufacturers and producers would say they do quite well without selling to the UK. And right now, that would be devastating for the timber sector because we can’t get enough material as it stands. So, we’re asking for the regulatory changes to be delayed.”

Josh would like to be able to get more of the products his company needs from much closer to home. “And if I can manufacture it here, even better,” he said. “The challenge in our sector is we don’t have the material that is grown in this country to support the finer joinery products that we manufacture. We don’t have the conditions for the kind of trees we need.”

Ian said the issues around supply chains, and businesses sourcing or relocating their operations within domestic or national borders, had come about because of the pandemic, not just Brexit. He said: “I think we’ll see a lot more onshoring over the next few years, for jobs and manufacturing.”

Commenting on the challenges that are specific to Wales, Josh said: “The handling of the pandemic hasn’t been the easiest, from a messaging perspective. I’ve got 75 people who come over the border every day from England into Wales, so we’ve got different rules. We also have an office in Scotland, so there are different rules there. The whole devolved handling of the pandemic is a challenge.”

Ian agreed, and added: “I don’t think anybody is suggesting one way is better than the other, but it’s not helpful the systems are different – that is the challenge.”

“With timber, if you follow the regulations, you’re required to take timber from a sustainable source, which means planting more trees than you’re taking away. Therefore, it’s much better for the environment.”

The webinar concluded with suggestions for changes that would help make things easier for businesses. Here, Josh echoed David’s plea for post-Brexit regulations to be delayed.

You can catch up on the webinar here: https://www.youtube.com/watch?v=Cp_0-ai-tME.

Keep an eye out on social media for information on our next webinar. 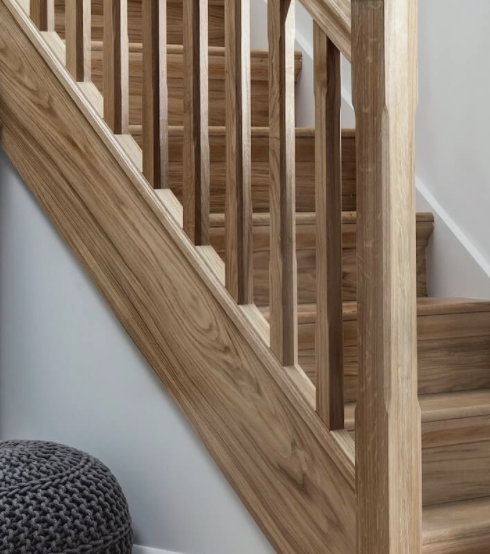 Top Factors to Consider Before Renovating your Staircase
05.07.2020 Advice

Top Factors to Consider Before Renovating your Staircase One of the most integral parts of a home is the staircase, when designing a home the location of the staircase determines the layout of the entire property. The staircase is the central design focus and a new stairway has the ability to transform your home from the aesthetics to the flow in your house. If you are looking to improve your interior space, a stair renovation may be for you. Here are some of the top factors to consider when looking to renovate your stair space. Interior Décor The staircase plays an integral part in enhancing the décor of your property. When you walk into a home your eyes go immediately to the staircase, the centrepiece and central design focus of the home. There is a staircase design to suit everyone, from glass to timber to metal balusters, every homeowner can find a design to match their interior vision. As the staircase is the first part of your home guests see upon entering, it really sets the tone for the décor style of the rest of the house. High Quality A well designed and well maintained staircase and balustrade can last for a lifetime without needing to be replaced. A good quality stair balustrade will ensure fitting is quick to complete and stays in top condition. Adding Value One of the many perks of choosing to renovate your staircase is that you will add a great deal of value to your home, to both the prospective buyers, and the monetary value. An up to date and current stair design will attract possible buyers to your property, increasing the demand and value. Safety Safety should be one of your top considerations when looking to renovate your staircase, it’s important to choose a company that is transparent about the testing and safety credentials their products hold. At Richard Burbidge all of our stair systems are put through a series of rigorous tests and assessments by FIRA, the recognised authorities in timber product testing, ensuring our products stand the test of time and comply with all the necessary domestic building regulations for your safety. We can confidently say our stair systems are top of the range safety. Experts When installing your new stair system make sure to hire a reputable fitter if you are not confident in installing yourself. We are always on hand to provide our expert fitting advice to ensure your stair renovation runs smoothly. No matter the design, the most integral part of any staircase is the quality of both the materials and the parts. Richard Burbidge is the UK’s leading supplier of stair parts, with over 150 years’ experience manufacturing timber products, you can be confident your Richard Burbidge staircase will be a great investment. See our stairparts collections here. Contact our technical team for any advice prior, during or after installation, on technical@richardburbidge.co.uk or 01691 678 212. 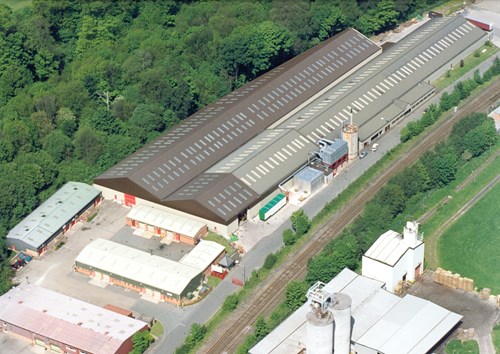 Richard Burbidge, the UK’s leading manufacturer and supplier of stair parts, decking accessories and decorative mouldings has relocated its head office to Chirk, North Wales, joining the company’s existing onsite manufacturing and distribution facility. As part of the ongoing development of the company, Richard Burbidge has relocated its office headquarters to join its existing manufacturing and distribution facility in Chirk. The Chirk site forms part of the extensive business history of Richard Burbidge, since it was initially acquired in 1986. The move will improve both the service and quality of products by having all staff in one location, unifying working relationships between all departments, from marketing to distribution, as well as improving efficiency, customer service and delivery. Mouldings Grading Facility Tony Miles, CEO of Richard Burbidge, comments: “The consolidation of all offices to Chirk is a big move and demonstrates just how serious we are about British manufacturing and sustainability. “We are a family business and above all, excellent quality and customer service are our priority. The move is already proving successful, with a unified workforce, improved communication and efficiency. “2020 is a big year for the company with increased marketing and production. Richard Burbidge is proving itself as a leading manufacturer of stair parts, decking accessories and decorative mouldings and this year will see further products being stocked in B&Q stores nationwide.”